Connecting Operation Fishbowl and "The Day After Tomorrow" I see a message from the Architect about seeing "IN IT" connecting Trinity, The Matrix, and Y.

4
Posted by2 years ago
Archived

Connecting Operation Fishbowl and "The Day After Tomorrow" I see a message from the Architect about seeing "IN IT" connecting Trinity, The Matrix, and Y.

Why this is here.

I am a bot, and this action was performed automatically. Please contact the moderators of this subreddit if you have any questions or concerns.

Literally a message from God about how secrecy, and failure to disclose the truth--things like "pretending not to understand something" is the reason that we are staring at an alien invasion akin to something like the Invasion of the Body Snatchers causing the Zombie Apocalypse... and you'll still stand there and say you don't see it.

Here, there's proof in Shakespeare, and in Stephen King, and in Yankee Doodle--it just takes some thought to see--and it shouldn't take much thought to see why this message is a weapon against this invasion of our minds, how making you try to think about something causes "enlightenment." http://how.s.lamc.la

Try to think about how sharing this message saves "the internet" from 1984; and really do see this message is everywhere, http://nity.s.lamc.la

For instance the "TR" of Trinity is HTML code, table row--as in "the category of Jeopardy" and you can see it again in Trebek, and link that to the book of names--to Exodus. http://rigel.s.lamc.la

I know it's not easy to grasp at first, but I'm right, it's every word--and it's really a message from God. https://en.wikipedia.org/wiki/Adamic_language

Get the message. You are "in the Matrix" that means you can "find and replace" cancer; and that's a big part of the message. See the world can and will change, that the human condition will be vastly improved--just as soon as you start "getting it." http://cure.s.lamc.la the lack of sight and conversation, and we've saved the world from censorship, from a literal invasion, and from apathy so thick I can't stand anymore. http://hadid.s.lamc.la

Which god do you believe in?

More posts from the conspiracy community
Continue browsing in r/conspiracy 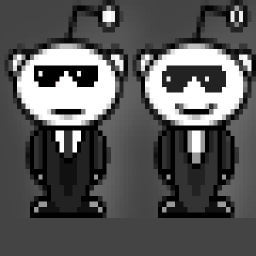 r/conspiracy
**The conspiracy subreddit is a thinking ground. Above all else, we respect everyone's opinions and ALL religious beliefs and creeds. We hope to challenge issues which have captured the public’s imagination, from JFK and UFOs to 9/11. This is a forum for free thinking, not hate speech. Respect other views and opinions, and keep an open mind.** **Our intentions are aimed towards a fairer, more transparent world and a better future for everyone.**
1.2m