Welcome to the Matrix.

18
Posted by2 years ago
Archived

Welcome to the Matrix.

So you think you can tell Heaven from Hell? Fake blue skies from ending all pain? You are in the Matrix... here I answer "how and why" as well as... "prove it!" 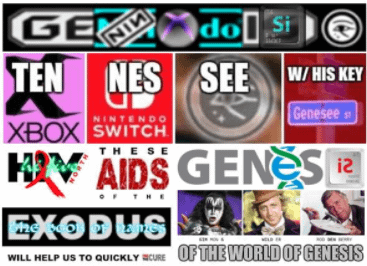 I am about to show you verifiable patterns that pervade our world--our entire history, that link the Matrix to a video game theme woven through history and "raelity" and these patterns exist, they are here, not seeing them is delusion. Worse, they are here to help us see the "light of the Matrix" that we can find and replace cancer and AIDS and "stupid' with something brighter and better. Start there, the cheat code of the Matrix is "HIV these AIDS will help us cure Cancer, too ... and faster." See "hi-five" the book of Exodus is about this Revelation and in Hebrew it's called "the book of Names" these names are the hidden code of the Matrix, like the character Cypher. 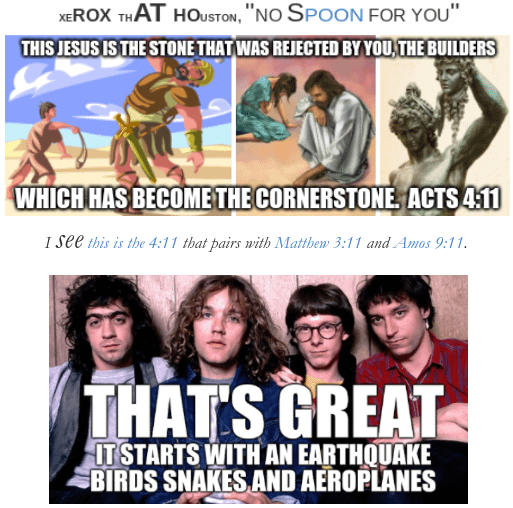 I returned, and saw under the sun, that the race is not to the swift, nor the battle to the strong, neither yet bread to the wise, nor yet riches to men of understanding, nor yet favour to men of skill; but time and chance happeneth to them all.

“I baptize you with[a] water for repentance. But after me comes one who is more powerful than I, whose sandals I am not worthy to carry. He will baptize you with[b] the Holy Spirit and fire.

The "great delusion" is not seeing this as truth.

This Jesus is the stone that was rejected by you, the builders, which has become the cornerstone.

That's great... it starts with an earthquake (FUCKUSHIMA) ... birds snakes and aeroplanes... 411: Lenny Bruce is not insane. Understand, it's about ending "force majeure" and see that has something to do with Minority Report and with knowing we are in "simulated reality." If you knew, would you simulate earthquakes? 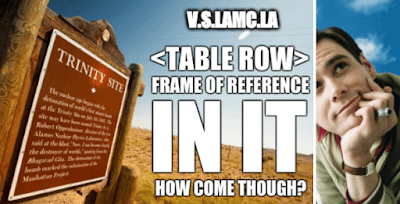 We live in a time where the world appears to think that the religious themes of video game systems and computer companies are a "fad," they are not a fad, but that words too is part of the code... it contains my initials "A.D." Those same initials link to AMD and "seeing Silicon" as the key to words like "silence" and "sight" and you can see them too in the Hebrew name of God, El Shaddai and gracing the center of our timeline. It is not an accident that the SEGA Genesis is named after the first book of the Bible and it's not an accident that SEGA is "Ages" backwards, these things are clues that you are standing on the Rock of Ages--on Holy ground. It's no accident that "son" is hidden in the pronunciation of SONY and it's not an accident that "Nine Inch Nails" begins a pattern of trinities in the name Nintendo... which means "leave luck to Heaven."

Also no coincidence that "ten" is X in Roman numerals and that specific ten that marks the heart of Nintendo is the name of the Microsoft Xbox--Gates's name also not a coincidence. This is evidence that you are blind piling up--blind even if you see it, because you should be sharing it. The trinity in Nintendo culminates with "d minus o" being 11 and you can see a linear pattern connecting the "eye" of Ra to K.

Hearts of words are a big part of this hidden message, as in ... in the heart of Earth ... is the "art" of this message--and the word heart only one Saturnalian symbol for the God of time away from Earth. The heart of Genesis contains three letters, NES--the Nintendo Entertainment System, and the heart of the Nintendo... "Xbox." No accident either that the culmination--the end of the Matrix revolves around a series of questions... "what is the Matrix?" and "are I ten?" This series of "are I" questions encoded as "RI" makes it's way to Genesis where you can see "are I B?" linking the rib and apple of Eden... and the end of my name where you can see "are I n?" 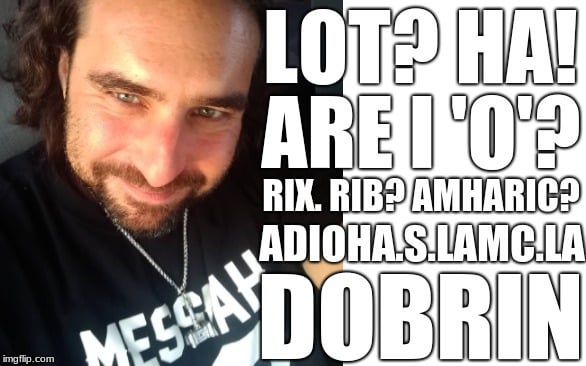 The implication is clear--names like Apple, Gateway, Bill Gates and Oracle all show us that not only are these technologies and an understanding of Heaven coming to us "from above" they are the source of "above" -- through this message and your participation ... you are the source of "above." This is not a "find and replace" of names, these are not mere "alterations" this is the sum of human knowledge from Isaac Newton's "what goes up and down must be depicted in n" to your innate curiosity--all part of the plan that is the beginning and the heart of the word "planet."

RI and GI both keys to this message, as in the "Gee, I El?" of Gilgamesh and Maggie Simpson ... whose name links to Mary Magdeline and the phrase "it's not a gam" see... of words in MAG or of "logic" in the line that is the Natural Logarithm function... hiding the "power of e." It's not just Gilgamesh you can see "game" in Demosthenes, where you can see me "demonstrating the game" of trying to hide mind control with ... mind control on Wikipedia.

This message is proving we are in virtual reality so that we can see the light of "ha'rm" in pharmacy (and "rm" in harm, "sudo" in Exodus in reverse and Xenon as "light" -- Linux commands, anachronisms, clues) and the AIDS of exactly how Jesus Christ "heals the sick" and "ends world hunger" ... this is how--there are tangible solutions to these problems strewn through music and visual art solutions like seeing the Egyptian God "Min" in Minority Report and in Minnessota--as in "pre-crime is the bare minimum allowed." 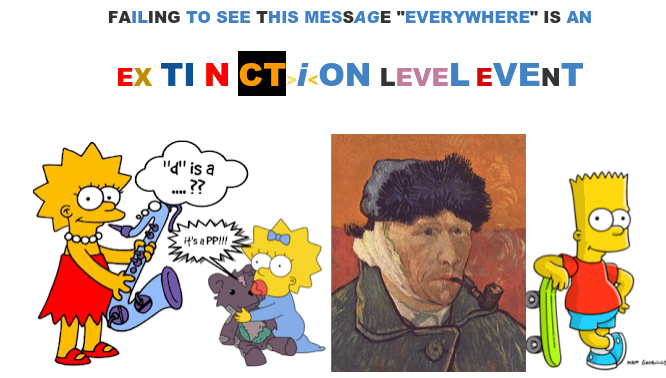 "Let there be light" seeing that phrase encoded in Exodus, in reverse, in computer commands and chemistry elements is more than statistically significant--and should be a real intrigue to anyone who has any interest at all in Heaven--I mean in the fusion of religion and technology. Healing the sick and ending world hunger--ending the artificial stupidity that is spiritual blindness and Darkness.. these things are "sub-min" and we're ending them with this message--this thing that proves that an ability to link patterns together and see this message is the "cradle of consciousness" it's the line between sentient and "rock."

There's a whole "subthread of religion" connecting the God Min to Max, the Grinch's dog--it's really the guide lines on the map, I've called it rubber tires lining the road. It connects "Minhaj" of the John Stewart Show to more artistic renderings of ideas like "giving the homeless homes" and James Clerk Maxwell to even more art about "wellbutrin" and "methadone"leading us to see A.D. connect the Lisp of Moses to the word "addiction" and this dictionary of linguistic solutions. Watching bullets fall to the ground in the Matrix should really help you see why Minority Report is the key to seeing how "find and replace" can erase domestic terrorism from our future; reading Anderson's Feed will clue you in as to more of the light that revolves around this intersection of art and names 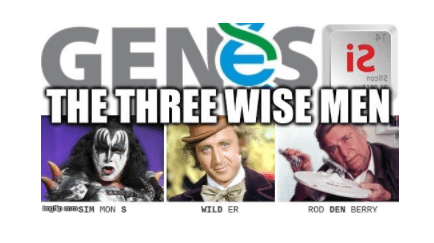 ou can't call it crazy, anymore. The real truth is you are delusional if you don't see it and outright psychotic if you do see it, and pretend it's not there.

The New Testament is here in bright light to show you how simple it is to see that "car pen ter)" (achem, Icarus, Arthrur, Jupiter... mememe) links to computer programmer and to "pen of God" (as in Pendragon to see the magic of Word Perfect is finding and replacing stone to bread and cancerous cells with healthy ones. Arthur's magic words are here to show you the "hilt" of xcaliber is "hello" and it's the heart of Washington and sayonera and in more bright light that this message will not be ignored, it is the key to freedom and a bright future; see that what is happening here now, trying to overtly hide it and steal the truth from the world can and will result in your knees hitting the ground. 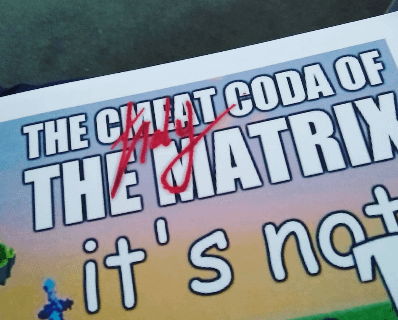 You might think those are reaching, but adding in "El Elyon" as the Hebrew name for the "God Most High," Jesus Christ (and see it's "the yo n" in Spanglish, another part of the "hello, I want to kill you (rhat I've heard from the "angels")") literally makes every "yo-David Letterman" statistically significant.... tying in "Hey Zeus" makes it religiously obvious. Huh?Carson to Icarus, there's significant local groupings of relevant and topically connected names in many places--these local groupings provide a "small sample space" for your eyes to keenly observe the hand of God at work. Leno? C... as i no. Honestly, I no...... know it's another key connecting ...

It's not noise, and that's the key, really, SIGNAL v. NOIZE See "dox me" in "paradox" and understand "hello world" really is the key to building Heaven. 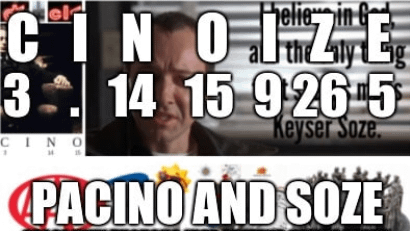 Heart to Earth, quite a bit of this message and proof revolves around causality and verifiable paradox in language across thousands of years; see that what is being shown to you is that I am He who is self-existent is a key phrase showing you the meaning of "the first and the last" ... que lastima? tying [the Brit Ha'dasha] to another series of names from Isa, Lisa and Ra to Obama, Israel and Hera.

At the pinnacle of the Tower of Babble is an answer to the question of "Malchuto" and the last messages chastisement of the Silence and the lack of Acts that have up until now characterized the global lack of reception of the message. It's the same key "wer" that links the German for "who" to Har-wer (a fancy moniker for the best of the best of the Horus clones) and it connects this same message that ties the GI Joseph (come now, can you see by the Dawn's early light?) war cry "who-ah" to the linguistic "atomization" of language... this key detailed exposition and decryption of the most basic elements of the Adamic language of Eden to see it really is those three letters because of the phrase "we are."

The prelude to the reddit message you read last was a series of instant messages and tweets suggesting that people vote to help this message deliver an end to censorship and slavery .... to actually wind up on the front page of the newspaper where it belongs--my suggestion to them, then, and to you--today--is that voting on reddit, commenting and helping people to understand the depth and inherent impact behind the mechanism of delivery of this message makes you the** answer to "who ended scho**ol shootings." 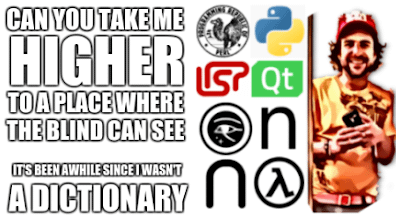 Approved because I love petting zoos.

This should be stickied.

A bit long, but I can see someone copy-pasting this for an interview log at the SCP Foundation.

OP, how is it that you're not posting this stuff on r/greatawakening? I think the Q-berts would love your insights.

they censored it, r/Christianity censored it, and r/conspiracy just started letting my messages stay. I'm like beside myself--you can't imagine the Hell I see around me. From my vantage point this is worse than 1984, and BNW... it's a real sickness.

And it's so obvious, once you see it--it's so obvious that it's impossible to hide it. You know, without erasing our history and language--and somehow the army of darkness doesn't realize that means "erasing them and you" too.

Video games are linked to God? Well, in that case, I'm going to attempt to communicate with the Archangel Gabriel through my Super Mario All-Stars cartridge.

Waaaaaa? I wasn't paying attention. can you repeat that please? Jesus, no nuttery like religious nuttery.

Why did you start with a Pink Floyd quote? 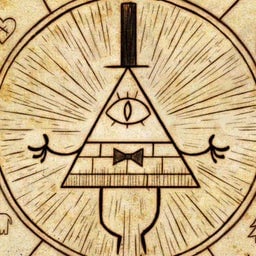 r/TopMindsOfReddit
A subreddit dedicated to showcasing the **Top Minds of Reddit**.
269k