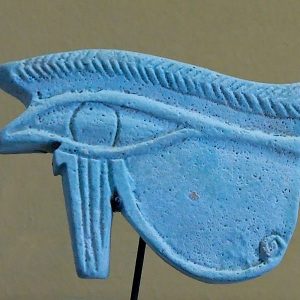 Rx, the transliteration of ℞, is a symbol meaning “prescription,” used by medical practitioners both in modern times and centuries past. The use of the symbol today is universal, though its origins are debated. The three primary theories as to its origins are detailed below, ordered by increasing historical age and, coincidentally, increasing level of plausibility.

The Rx symbol appears on Latin prescriptions and medical documents from Medieval Europe, presumably written by physicians in the Middle Ages. The reason given today is that “Rx” was an abbreviation of the Latin word recipere, meaning “to prepare,” and physicians simply wrote this symbol on medical prescriptions to save time. There is little debate over this usage in medieval times, though few documents bearing this symbol in such a context have been discovered.

The is greater debate over whether this usage developed independently in Medieval Europe or was actually a practice passed down from Roman physicians. It is possible this Latin abbreviation explanation was applied in retrospect to a practice widely established by ancient Greco-Roman physicians, as explained below.

The second theory as to the origin of the Rx symbol lies in Greco-Roman culture. This argument revolves around the symbol for the Roman mythological deity Jupiter, which Roman physicians may have often written on medical prescriptions. It is possible that this practice was passed down from Roman physicians to European physicians, and that Jupiter’s symbol had morphed into the Rx symbol by the Middle Ages.

There are two explanations given as to why Roman physicians would have written Jupiter’s symbol on their prescriptions. The first is that Roman physicians would typically offer a prayer to Jupiter asking for protection over their patient. To shorten this process, the argument goes, these doctors began writing the symbol for Mercury on their prescriptions at some point. The second explanation is that during Emperor Nero’s oppression of Christianity during the first century, Roman physicians would write Jupiter’s symbol on medical documents, including prescriptions, to demonstrate their rejection of Christianity and their support of Roman religion. Both of these explanations are plausible and may even both be true to a certain extent.

One more theory extends even further back in history to ancient Egyptian culture. Within Egyptian mythology, the god Horus lost his eye to an attack from Seth, an evil deity. However, Horus’ mother used her mythological power to restore his eye, and as such, the eye of Horus served as a symbol of healing and protection in ancient Egypt. Physicians would use amulets of the eye in their medical rituals, and both the living and the dead would wear these amulets for protection.

The argument goes that the prevalent use of this symbol spread through Egyptian influence into Roman culture, and its use permeated there. Were this the case, it would be possible that Roman physicians retrospectively explained the practice as worship of Jupiter, morphing the eye of Horus into a more Jupiter-like character in the process. While these characters do bear some similarities, the connection between the two is a greater logical stretch than that of the connection between the ancient Roman and medieval Latin practices.

It is also possible all three of these symbols were used in isolation, and their resemblance is only coincidental. Were this the case, the Rx symbol would be a tradition passed down only from the Middle Ages. However, had these characters actually influenced each other, the development of the symbol throughout the centuries would have looked something like the following:

Stay in the Loop
Learn how to improve your health.

Scroll back to top